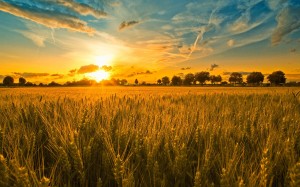 I had a good talk this morning with a friend who is a business owner and wants to see Kingdom of God principles implemented into his sphere of influence. As always we got to the bottom question that excites every sincere pursuer of these things – what does it really mean do do business in 21st century America, motivated, informed and formed by principles of the rule of God as portrayed in the life of Jesus?

I was excited about a promise I saw in the Old Testament concerning the year of jubilee. Of course there is plenty to be said about the justice (or righteousness) of God’s own heart as it relates to every human relationship on a horizontal level. There are elements of ecological concern (way before people started embracing trees and saving whales!): allow the land on the seventh year to rest and to recover, like a mother that gave birth six years in a row – let her rest. There are also very clear social justice concerns – forgive debts on the seventh year, allow the land to rest and whatever it produces by itself let it be collected by the poor and the widow for their sustenance. There are spiritual lessons about God’s goodness and provision as a Father and our response in growing confidence and trust. The big “workaholic” question being – how can I survive if I do not plant or harvest for a full year, every six years? In an agrarian society, how do I keep my profits or even my subsistence? The amazing answer from the Father was this, “obey me in this and I will give you a harvest on the sixth year three times as large as any given year”. In other words, set your heart in the course of trust and obedience and I will set your destiny in the course of provision and abundance. Even more interesting for those who have a mathematical mind: if God doubled the production on the sixth year the seventh would be covered. But His generosity says He will triple it, so that people would get excited about trusting Him.

Fair enough, we live in different times and realities, but Jesus is the very expression of the heart of His Father, so I leave you with this question: how and where do these principles, revealed in the year of jubilee, apply  to the “rat race” of profit driven consumerism? How can the reality of Jesus and the presence of Holy Spirit inside of me transform myself, my environment and the society I live in to agree with the principles of the year of Jubilee as they converge in the man Jesus? How do I today, pay attention and care for mother Earth? How do I deal with social justice, the poor, the orphan, the widow? How do I grow in trust for both provision and generosity?

If the Kingdom was manifested in shadow through the precepts of the Jubilee year, how much more will it manifest in fullness when sons and daughters reflect the heart of their Father-King! Be encouraged.

…”Your Kingdom come, your will be done on earth as it is in Heaven.”